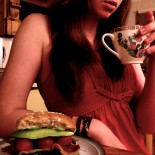 Yummy bits and bobs from my kitchen!

These cumin potatoes are similar to the sort of roasts that you would have with a sunday dinner, however the fragrant cumin seeds give a hint of Indian cooking. Let’s just say that it’s an Asian-European fusion recipe inspired by the spice trade of yester-year. 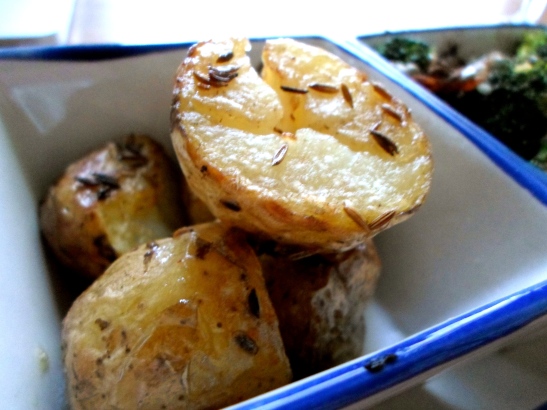 TIP: Choose an oil with a high smoke point for roasties, to avoid a bitter taste. High smoke point oils include sunflower oil, sesame oil and peanut oil (the latter two will give a nice, oriental nutty flavour as an added bonus) Olive oil tends to have a low smoke point to avoid it for his recipe.